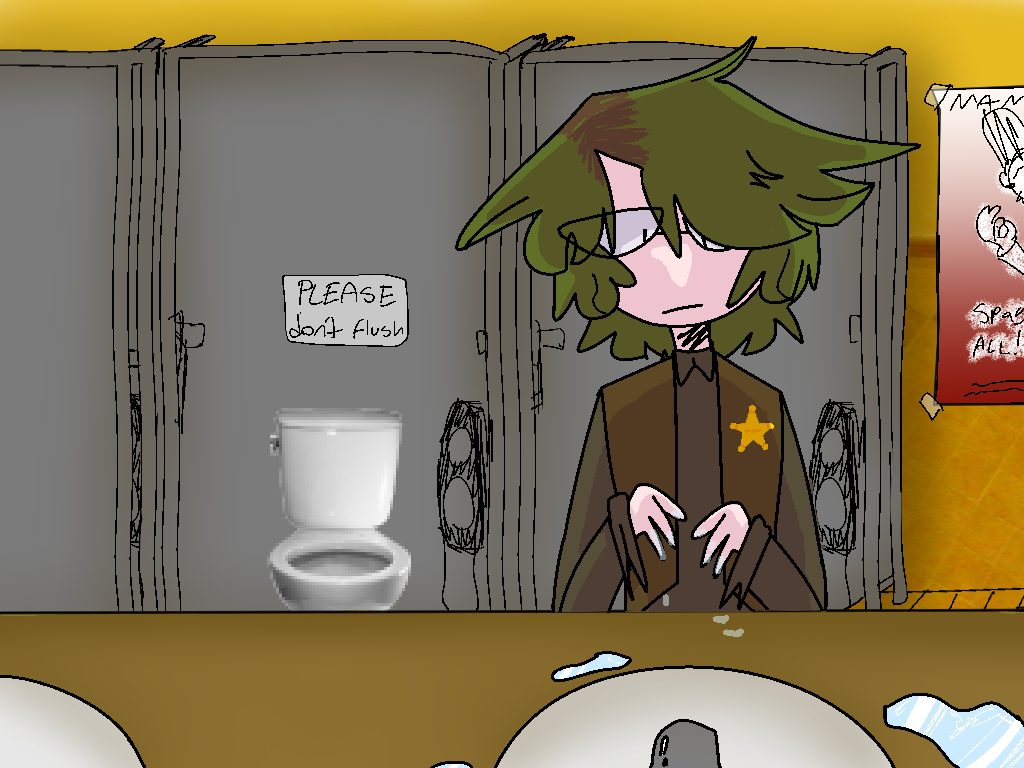 frank is a very angry and psychologically tortured child. he hates his life, and that makes him upset, which turns to rage, and he has anger issues. he has no fear telling someone
to fuck off and die whenever he feels like it and taking it out on everyone (and everything) around him.
he gets to control what music they play in the pizzeria sometimes, and always chooses late 2000's early 2010's pop music because he thinks it "brings the mood up a little".

him and DIAL-UP have somewhat of a comraderie, they like eachother and "get along" more than anyone in the store.

this is his first job. Could be his last, who knows...